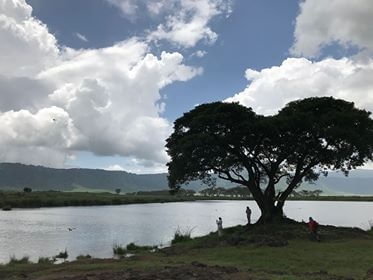 With more than 120 tribes (& same number of languages) no tribe has majority in Tanzania, the melting pot of migrations. The last tribe migrated to this country less than 200 years ago. Tanzania is even more diverse and complex than the other countries in East Africa – migrations from all over Africa, from India, from Europe, from almost everywhere.

Like the rest of East Africa, Tanzanians are very religious, conservative. The population is equally divided between Christianity, Islam and traditional religions, which means no religion has majority. This makes Tanzania different from the other countries – they had to find a way to live together, co-exist, no matter tribe or religion. They have succeeded in many ways, even though there can be tensions (as an example Zanzibar which is predominantly Muslim would like to be independent). Tanzania is peaceful and you don’t have to worry about security.

Like in the other countries it is difficult to be a non-believer in Tanzania. Family and friends might consider you a devil-worshipper if you openly come out as a non-believer. Like in Kenya Tanzania has a secular constitution including the human rights declaration which protects non-believers even though they might face discrimination in every day life.

There are a small group of freethinkers who try to reach out and find likeminded people in order to build a community. The internet and social media have helped a lot, since almost everybody has access to information online these days. So besides being enthusiastic the freethinkers are optimistic and know things will change slowly, but they will change. Many more non-believers will come out – because they are out there, they just think they are alone. Through the social media they will discover they are not alone in the world, and they will find a place to belong, a community.

Tanzania is also the biggest country – it is 22 times the size of Denmark, 22 (!). It’s huge – with the speed limit being 80 km/hour (down to 50 km/ hour many places) you’ll never manage to visit the whole country. It takes forever to drive from a to b. The traffic police are everywhere, you would be ruined before managing to drive from Arusha to Dar es Salaam.

For a Dane it is difficult to comprehend why they haven’t built highways like in Denmark where the whole country is covered in highways. Our highways have a speed limit of 130 km/ hour which makes it easy to get from one end of our small country to the other in no time. In addition, there is no railways of importance in Tanzania (again in contradiction to Denmark), which means everything must be transported on the same roads – goods, containers, people, schoolkids, cows, goats etc.

Halfway through my journey I have almost adjusted to the African way – which means you must be patient, don’t rush, take you time greeting people in a proper way, a lot of handshakes and talking. It seems like I have adjusted to the hot African weather as well – just arrived in Malawi, it’s 23 degrees & I’m freezing (!).

My visit to the cradle of humankind – the Serengeti – made an impact. I think it is an amazing place. I would like to go back some day, and spend at least one week in the Serengeti, sleeping in tents among the wild animals, spending hours looking for them, spending hours staring at them. It’s beautiful, overwhelming, majestic – pictures can never show how it feels to be there.