From Voltaire to the Matrix 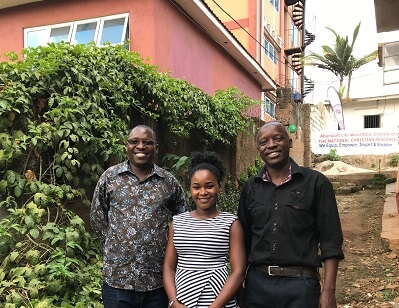 I’ve been a bit busy interviewing 11 humanists in only 3 days. Two of them in another city and the bus ride there took more than 5 hours – each way! I’m a bit exhausted and need some time absorbing all their stories.

But it was worth it meeting Kato, Peter, Viola, Andrew, Don, Ronnie, Max, Manzi, another Peter, Louis and Solomon and it has broadened my mind. They all grew up in a country which was and still is very religious. It cannot more different and far away from my upbringing in Denmark – we are not very religious, and religion is not that big a part of many people’s lives. In school we are taught critical thinking – in Uganda it’s not part of the curriculum.

So, it was fascinating to hear how they despite the lack of teaching in critical thinking at some point in their life started questioning the religious teachings. How they all became more and more aware that they did not believe. How they were inspired – and this is were both Voltaire and the Matrix plays a role as inspirations for both Kato and Louis. You will be able to hear more when I have edited the interviews and published some episodes.

In a country where non-believers are considered to be worshippers of Satan and a lost cause, it takes a lot of courage to openly declare yourself to be a non-believer, a humanist – they have all lost friends, some have been shunned from their families. But they still consider it to be worth all the challenges and the risks, because it is important to create a community for non-believers and to fight for everybody rights to ask questions, be critical thinkers.

I admire their courage.