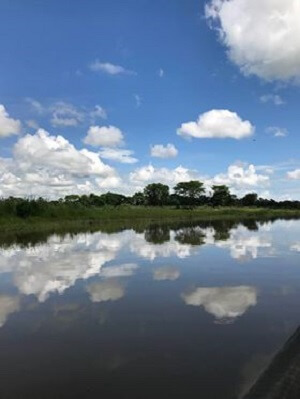 This beautiful small country landlocked between Mozambique, Zambia and Tanzania. It somehow seems to be forgotten by many – no major conflicts to keep the media interested. Not a major tourist destination either even though I would recommend a visit – people are friendly, the service is good, and the animals are plenty.

It is one of the poorest countries in the world. Most of the country is rural with farmland. They are heavily depending on financial support and projects from foreign donors. The last 10 years the country have experienced famine several times either due to floods in some years or droughts in other years. Driving through the country there where areas overflooded with so much water that they can’t even grow rice there.

The humanists are few in Malawi. They have a small organisation but not many funds, which off course means they are struggling, since they are not able to initiate the projects they want. They would like to establish humanist schools like the ones in Uganda. Not many non-believers have come out in Malawi. Humanists will not face challenges coming out in public, but many are afraid of coming out to family and friends. They are afraid of being shunned.

Like all the other countries I have visited Malawi is very religious, and non-believers are considered to be devil-worshippers, bad people without any moral and ethics. On top if this many still believes in witchcraft (like in other countries) – a belief which is fully integrated with the Christian faith, which makes it even more difficult to debunk. The humanist organisation here ran a project some years back to fight the belief in witchcraft, this included training the police force.

I met a guy working with resettlement of UN refugees in Malawi – you know the kind of refugees Danmark no longer will receive (‘kvoteflytninge’ in Danish). He told about the cruelty towards albino babies and kids – they are being killed and parts of their bodies sold. This happens because people think the body parts are magical. It is difficult to comprehend that people believe this so much they are willing to kill babies and kids, chopping them up in pieces and selling them on a market. Unbearable.

And yes, we talked about my embarrassment of Denmark’s change in policy. My country who has always held a torch for the most vulnerable refugees – like the albino babies and kids. My newfound friend tried to comfort me, telling about all the Danes still working for the UN and the refugees – I’m still embarrassed.

Malawi has not been kind to me if we look at my digital challenges. First the poor internet connection at the first hotel, and then the subscription plugin on my webpage failed. And Friday evening my laptop crashed – or so I thought. Luckily the laptop worked perfectly when I arrived at my last hotel. The cosiest feeling-like-at-home hotel with the fastest internet. Happy days. And even more happy days for the first time I have experienced hotels with English channels on the tv. These little things can make me happy on this long journey.

And then there was the animals – all the beautiful animals I have seen. I was especially amazed to see all the hippos in Liwonde National Park. They have estimated 2000 (!) hippos in the park. You can sleep in the park while listening to them ‘talking’ to each other. Definitely worth a visit. 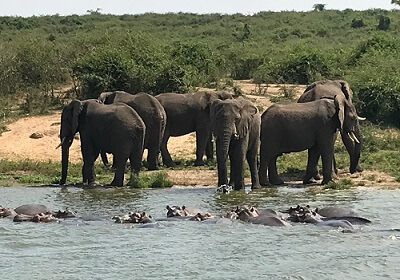 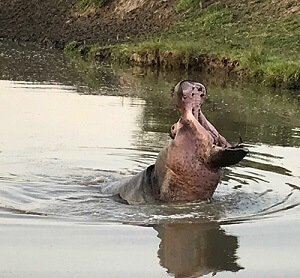