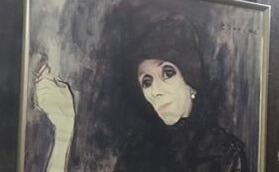 Looking out on the scenery through the shuttle bus window driving from Nairobi to Arusha in Tanzania I’m thinking about my week in Kenya. The horrible attack in Nairobi the other day with 21 lost lives, reminds me of how fragile life is. The people and the fantastic animals remind me of how beautiful life can be in this country. A country with a complicated history, influenced by the whole world.

On one hand Kenya feels very peaceful – the security levels are the same as in the other countries. When you get used to armed security everywhere, the thorough security checks when you enter a mall, a hotel, a bank etc. you stop wondering. Al-Shabab continues to make life unsecure for everybody here. It’s difficult to understand how they cope with the fear continuing living their lives.

On the shuttle bus a group of passengers with unmistakable Indian decent reminds me of the melting pot of different cultures that is Kenya today with more than 42 tribes. Arabs, Europeans, Indians and as the latest addition I see Chinese signs all over the country showing how much China invest in infrastructure – not just here but all over Africa.

The landscape passes by – the flat land surrounding Nairobi turns into green hills and later mountains. I see Masai with their red clothes looking after their cattle and donkeys. It is the first time I have seen donkeys on this trip. The sky is so incredible high with the flat savanna and the green hills and mountains in the background. It makes you feel tiny and insignificant.

It is understandable why Karen Blixen fell in love with this country. I visited her museum with Harrison from the atheist organisation. Fun fact: he had never heard about her, so I taught the Kenyan a bit about Kenyan history. It was amazing to visit her farm, learning more about her life here and how she influenced Kenyan tourism.

It is difficult to be a non-believer in this country. In contradiction to Denmark Kenya has a secular constitution. Legally there is no discrimination, but in reality, the country is very religious, which means everyday life is influenced by religion.

People are very friendly and curious. As a Dane you would never say hi, shake hands and talk to a stranger in the street. After a few days you realize Kenyans mean it, they just want to talk – while you thought they wanted to trick you and get money out of you.

It’s been a week with many experiences, many emotions – highs and lows.

I will end this blog post with some of the highs – I met Harrison, the nicest guy who open his home to me. He is the best-known atheist in the media in Kenya, fighting for equal rights for non-believers. I saw a black rhino for the first time ever, it was amazing, big and a bit scary. And then there was the beautiful lioness, she passed our car not more than half a meter from my face – I’ll never get tired of watching them in the wild.

P.S. A new episode of my podcast Babelfish has been released today – check it out