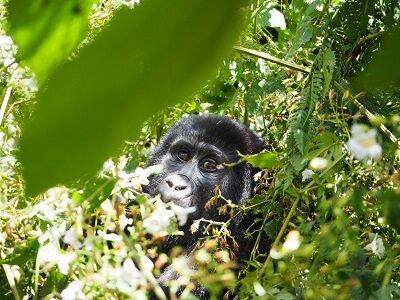 Today I’m leaving Uganda after two weeks of both hectic activities and idleness – a bit like the everyday life here. The hectic streets of Kampala with thousands of bora boras, hundreds of taxies (i.e. 14-person minivans), street sellers, beggars. The streets buzzing with the sounds of sellers offering chicken on a stick, rolex (an omelette in a ‘pancake’), fried bananas or corn and drivers offering their boda boda or taxi to all who passes by. The smell of the city – the mix of trash, gasoline, food and other undefinable smells.

In contradiction the green green mountains, the national parks and Victoria Lake which offers a tranquillity which is difficult to find elsewhere. You find your self staring into infinity, zooming out, just listening to the sounds around you – the monkeys in the forest, the insects on the savannah or the birds on the lake.

Before I came, I only remembered learning about Idi Amin and the Entebbe kidnapping in school, but it happened many years ago. The country has been peaceful for more than 30 years. Improvements has been made – more children go to school; the economy is better. But there are still many that can’t read, many are poor, the population is deeply religious which means children goes to religious schools. Some places in the country they still believe in which craft. The life expectancy is 55 years (!) – 20 years less than in Denmark.

I have met only kindness and curiosity from the people I have met. They speak English, many very good, are polite and wants to talk. They are also world champions in soup – the best soups I have ever tasted was in the Bwindi mountains. Overall the Ugandan kitchen is great and there is plenty of it.

Ugandans must abide by the weather. If it rains it rains and you must wait it out – it would put a strain on a Danes patience, but you’ll learn. While we were in Mbarara a rainstorm hit Kampala causing large parts of the city to be without power. Trees and large billboards fell cutting down powerlines.

I have experienced so much in such little time it is difficult to describe all of it.

I will miss driving through the country passing village after village with kids shouting ‘muzungu’ (European) and waiving.

I will miss meeting all the great humanists, talking to them about their life, their visions and great work. I admire what they do – it is not easy being a non-believer in a very religious world.