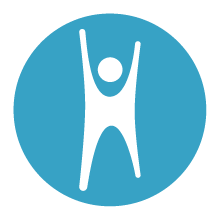 For some years I have been active in the Danish Humanist Society (Humanistisk Samfund) a humanist life stance organisation. Our foundation is humanism and human rights. We offer humanist rituals (confirmations, weddings, name giving’s and funerals), work for equal rights for all life stances & a secular state. I have mainly been involved in the political and international work.

After I decided to take a year of and travel around the world, I got the crazy idea to create a podcast telling the stories of people from the humanist movement in the countries I visit. There are more than 150 organisations around the world representing humanist, freethinkers, atheists and other non-believers.

I’ve met many of them at our general assemblies in the international organisation IHEU (International Humanist and Ethical Union). In many countries non-believers are facing prejudice or jail, some are even risking their lives. Their struggles and stories are worth telling.

I’ve decided first to visit the African countries south of Equator. My idea has been received very positive and all the organisations would like to participate. It is amazing that my crazy idea will come to life.

So far, I will visit Uganda, Rwanda, Kenya, Tanzania, Malawi, Botswana, South Africa and Namibia. Even though there are organisations in DR Congo and Burundi as well, but it is to risky to travel to those countries for me. Zimbabwe is also a possibility but could be risky. I’ll need to decide at a later stage.

I’ve invited my daughter to spend Christmas with me in Uganda. We have travelled all over the world and like spending Christmas in other countries. This will be a good start on my journey. I plan to be back in Denmark in March.

The first episode of the podcast will hopefully be published in January… stay tuned.