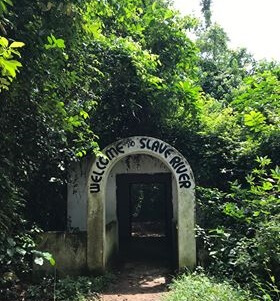 I just left Ghana after a visit which seemed too short. It was my first trip back to western Africa since Sofie & I visited Mali 14 years ago. Back then Mali was a peaceful country and we travelled with Sofie’s friend Martha, her brother Simon, her mom Dorthe and her dad David (who is born in Mali).

It was a family visit, but Sofie and I took a road trip to Timbuktu. The first of many trips to far away fairy-tale places (at least for us Danes 😊). Our drivers name was Baloo and our guide in Timbuktu was Tuareg (one of the blue men) with the name Muhammed Ali. I kid you not it was their names. Internal conflict now makes it impossible to visit and the UNESCO world heritage sites we visited back then is ruined by rebels.

Ghana is the opposite – it’s peaceful and compared to other African countries wealthy. Like all the other countries Ghana is very religious, but the humanist organisation is growing. Roslyn who recently was elected to the board of Humanists International helped me settling in, showed me the beach and took me to a pub, where I experienced the football frenzy – Ghana fighting for a place in the quarter finals of the African Cup. Unfortunately, they lost so we didn’t party all night (good for me).

At Roslyn’s house a met some of the other humanists. I interviewed her, Roslyn’s husband Michael who is also president of the humanists in Ghana and Ato & Anim. They are trying to create a safe space for non-believers, since they are stigmatised. It was so nice meeting them and discuss humanism, human rights and much more.

Danish history is intertwined with Ghanaian history. We don’t talk about it much in Denmark, but we also participated in the slave trade from Afrika to Amerika. We had a few islands in the Caribbean with plantations and some slave forts along the Ghana coast. I visited one of them Christiansborg in Accra with Michael who took me on a road trip from Accra to Cape Coast to Kumasi and back.

It’s estimated Denmark was responsible for 100.000 slaves being brought across the ocean over 130 years. Local tribes delivered slaves to the Europeans – amongst them the Ashanti kingdom which still exists. Slaves was rounded up from todays Mali, Burkina Faso and other countries. Then they were sent marching towards Cape Coast which is several hundred kilometres – barefoot in shackles, many of them dying on the way.

Today decedents from the slaves seek their roots and a lot of them visit Ghana. Every year there is remembrance of the slave trade. A homecoming ceremony is held for those visiting for the first time.

Ghana is a beautiful country. People are so nice and friendly – we had a lot of laughs. I leave with a lot of good experiences – a lot wiser regarding my own country’s history and new friends I will surely miss.